Our effort is supported among others by significant personalities. You can find their reactions to founding of AROK Endowment Fund below.

VWe very much appreciate the support of the prominent Czech actress Veronika Žilková, who donated her royalty to the AROK Endowment Fund from the shooting of a documentary about Israel for Czech Television. Thank you.

The Committee of Good Will - Olga Havel Foundation has been holding by inovative projects in social and health-social fields in the long term. It helps to barge their way.
Just ongoing reform of psychiatric care touch the Czech republic also and its first successes are Centres of mental health which has already started to work.
The main goal of the AROK Endowment Fund is to create a center which will provide to mentally ill people support in independent way of life including easier realization of their needs. The independent way of life and supported housing applies in many fields of social sphere. It is a proved form of social and health-social services.
After familiarization with the project AROK Endowment Fund, the Committee of Good Will - Olga Havel Foundation hold by this new initiative and support it.

MUDr. Milena Černá
Chairwoman of board of directors of Committee of Good Will - Olga Havel Foundation
www.vdv.cz
In Prague on 2. 12. 2018

Descendant of Czech kings and princes, whose genealogical tree stretches up to first Přemyslids

My dear acquaintant Mrs Ladislava Rotseidlova - I know her and her family from Kamenice and Lipou, where I was born on 2nd Sept 1944 as son of Richard and Elisabeth Von Geymüller. - has today submitted information about her wonderful charity project THE AROK ENDOWMENT FUND .The purpose of the Fund is to help the under privileged people of our society - the mentally handicapped. It is an extraordinary private initiative which will provide great help to the affected people and their relatives. The principal aim is to implement suitable living quarters for the mentally handicapped with proper medical care and support. The affected people shall be able to live a "normal" life and should be in the position to perform simple work duties without stress elements.
The fund can only achieve its goals if it receives generous contributions from private and public donors. Every donation of any size is great help.
I am very happy to support THE AROK ENDOWMENT FUND and hope that it can quickly get off to a good start. 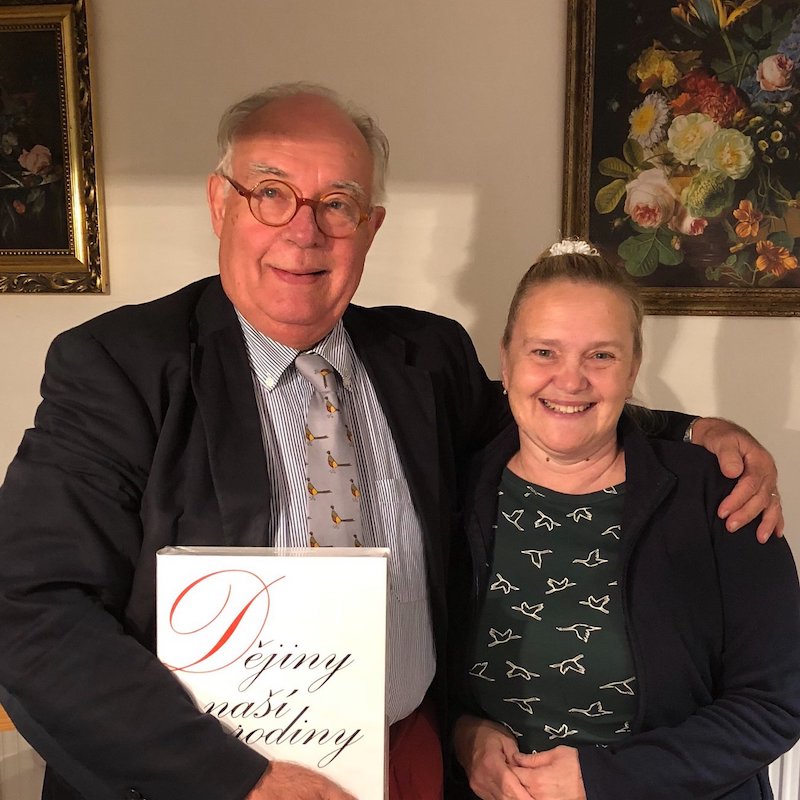 Jana Poljaková has been trying to mediate useful information from field of care of mental health to relatives of menrally ill people from Czech and foreign specialists since 2004. She is in contact with heads of organizations of relatives of mentally ill people in regions; she arranged with her colleague Blanka Kašparová very necessary recondition stay with lectures for relatives and their mentally ill children in 2017. She translates and mediates translations of interesting articles from the magazine Kontakt of sisterly Austian organization HPE or materials of European federation of organizations of relatives EUFAMI (establishment 1993) whose SYMPATHEA has been member since 2005.

On the creation of videoclip for Endowment fund AROK and supported housing KORA participated in free of charge:

Thank you for free professional processing of spot! 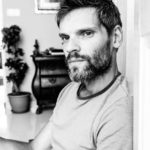 Honestly, I have to say that Mrs. Lada has catched us off-guard by her invitation to cooperation. As a founder and a spokeswoman of movement Můj život s kočkou ("My life with a cat"), within we deal with relationship of mentally handicapped people and their cats besides other things, I have found out surprisedly that someone had overtaken us and had already started to realize this nice idea. Endowment fund AROK is entirely unique charitable activity with clear vision that psychiatric patient needs for his fully-fledged life total welfare and eventuality to have and keep a four-legged companion definitely belongs to it. We keep one's fingers crossed for the endowent fund, also the cat's!

I know what I am writing about, when the Endowment fund AROK has the mission to support mentally handicapped people. I was at beginning of formation of Foundation Nova which makes effort to do the same thing and I have seen bright eyes of hundred of handicapped people for who I have organised concert actions. That is why I appreciate that someone from private sector has effort to help in such way. And because I know Mrs. Laďka Rotšeidlová personally, I can recommend her respectability to whichever sponsor activity of support her endowment fund. With respect to her efforts: 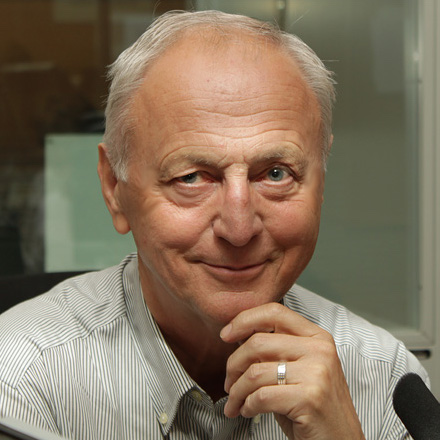 We were supported in our effort by financial donation by owner of Chinese restaurant U zlatého draka Jindřichův Hradec. On behalf of Mrs. Liu we wish you a happy new year 2019! 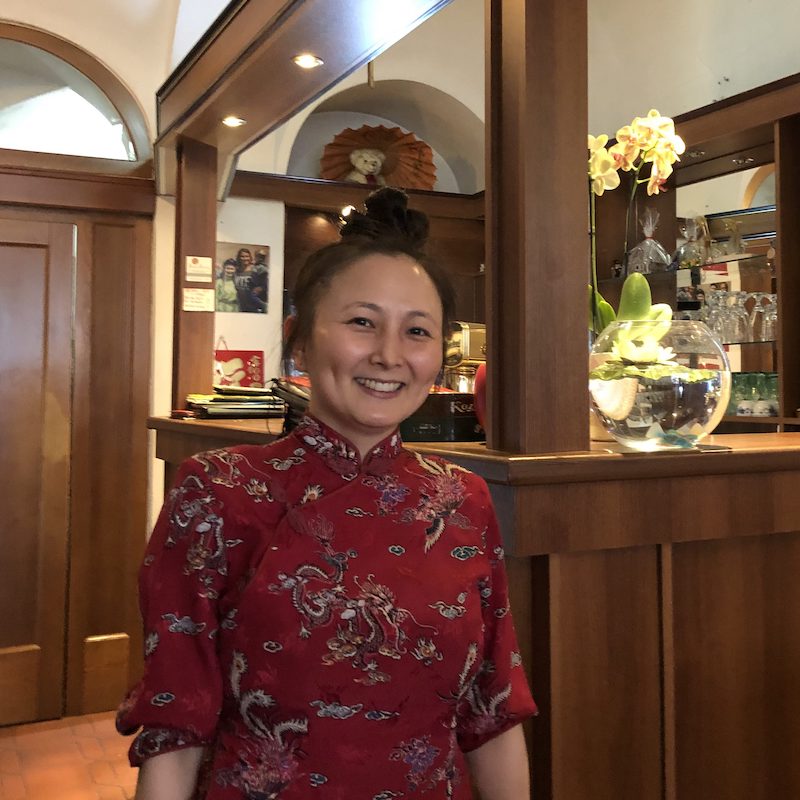 Thank you very much to Mrs. Kozáková for her regular support of our endowment fund. We appreciate your effort to support our clients. 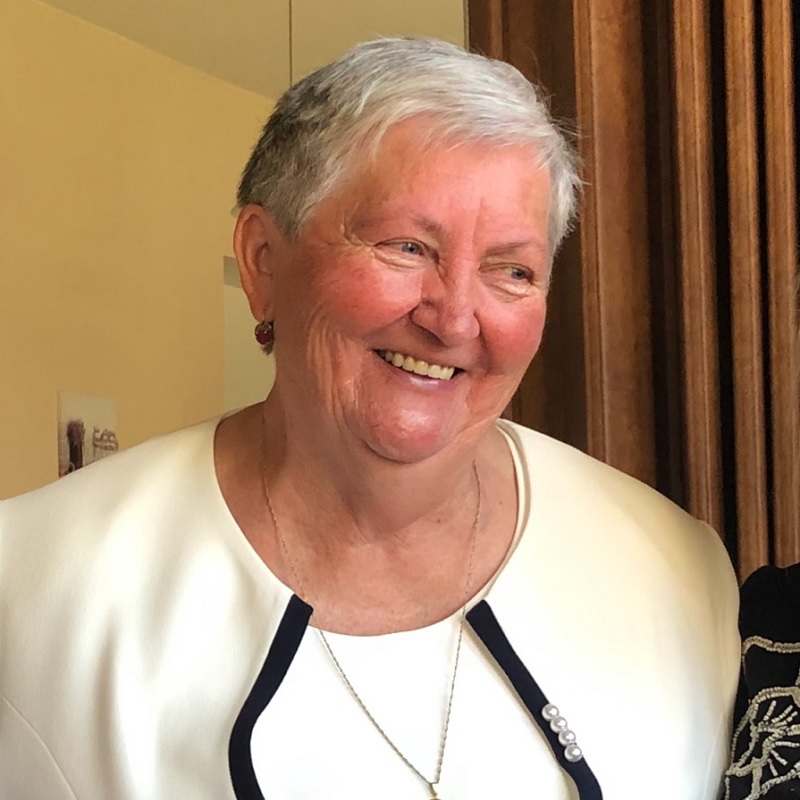 Thank you to Mr. Vrabec from Peter's Apartment for financial support and to the future offer for ensuring of breakfast, lunch and dinner for our clients.